Gov. Reynolds is arguing, therefore, since the injunction no longer has grounds to stand on, it should be lifted, allowing the Heartbeat Law to finally be enforced. 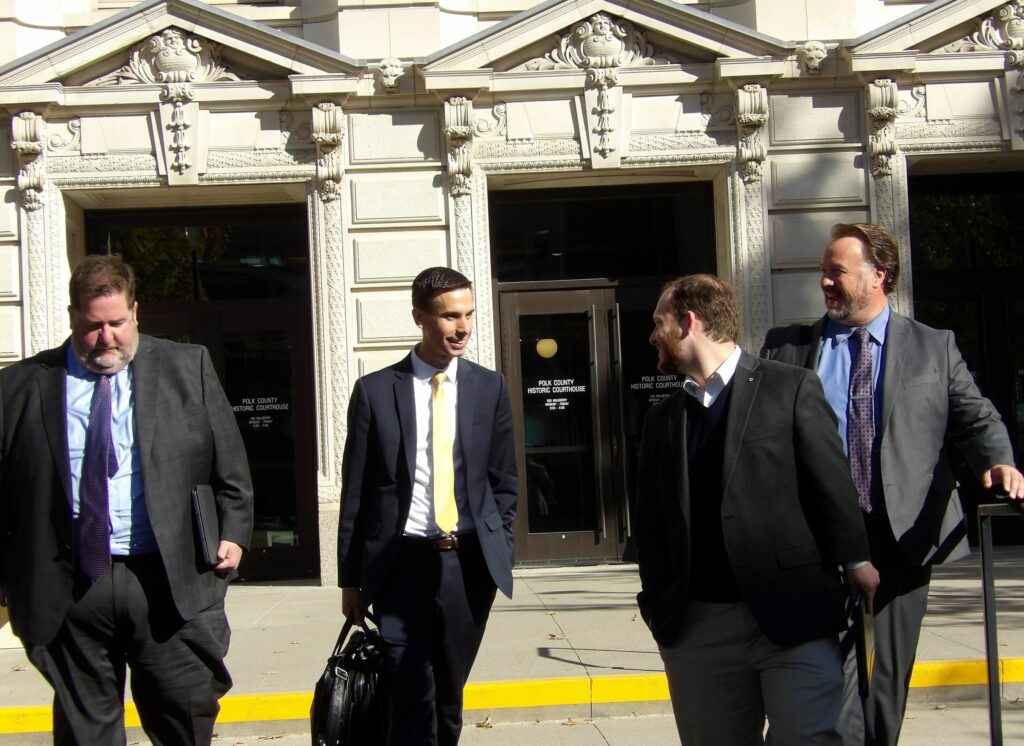 Though both sides had already submitted extensive briefs on the case, Judge Gogerty on Friday drilled the attorneys on two questions: whether the District Court has legal authority to dissolve the injunction, and whether Planned Parenthood IV marked a substantive enough change to Iowa law to justify the action.

“The judge asked piercing questions of both sides, on both key issues,” commented The FAMiLY Leader Director of Policy Daniel Sunne, who was in the courtroom observing the hearing.

“Iowa has the strongest possible interest in protecting the most fundamental of our human rights—the right to life—and thankfully, its pro-life law helps secure that right,” said Schandevel. “We’re honored to join Governor Reynolds and all Iowans as they defend life for the unborn.”

One of the key issues discussed in court Friday was a phrase from Planned Parenthood IV, which said “for now” the standard Iowa would use would be “undue burden” – a standard the Heartbeat Law would be unlikely to meet.

Planned Parenthood, on the other hand, argued the “for now” language should still be in effect in Iowa, even if the “undue burden” language is all but erased at the federal level.

When Iowa’s Heartbeat Law was passed in 2018, it blazed a trail as the most protective abortion law in the nation at the time. Nearly a dozen states followed Iowa in taking up similar laws, though the U.S. Supreme Court’s Dobbs decision has since led to some states passing nearly total abortion bans.

Currently, Iowa law protects mothers and babies from elective abortions after 20 weeks of gestation. If reinstated, the Heartbeat Law would ban elective abortions in Iowa after a baby’s heartbeat can be detected, which is often around 6-8 weeks gestation. The law contains several exceptions to the abortion ban, including an exception for medical emergencies when an abortion is deemed necessary to save the life of the mother.